Bathroom remodels can vary from purely aesthetic to a complete gut and rebuild. Many DIY-er’s love to tackle aesthetic changes in their homes. Large box stores, like Home Depot and Lowes along with the internet marketplace and Youtube videos, have made it the trendy thing to do. But, a complete gut and rebuild is not an endeavor to be taken lightly and not recommended for the inexperienced DIY-er.

For bathrooms in many older homes a complete gut and remodel is recommended. The benefit of a complete gut and remodel is that all the electric and plumbing behind the walls is removed and replaced with new, up to date products, thereby giving a homeowner peace of mind that leaks and faulty wiring will not be an issue. Faulty wiring can create a fire hazard and faulty plumbing can create mold issues, both of which can be very dangerous and costly to remedy. 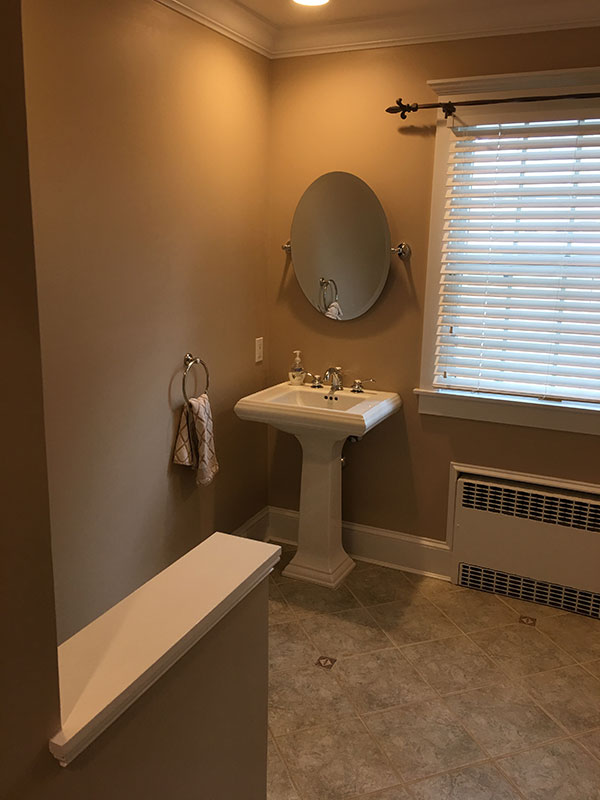 A recent bathroom project G. B. Construction undertook was the complete remodel of an existing guest bathroom. As you can see from these pictures, this older bathroom had an antiquated layout. The space was ample enough, but the small pedestal sink provided no storage or counter space, the radiator took up wall space, the one-piece stall shower was tucked away in an alcove and the toilet was cordoned off by a half wall. All the fixtures tightly tucked away along the perimeter left a completely underutilized large space in the center of the bathroom. 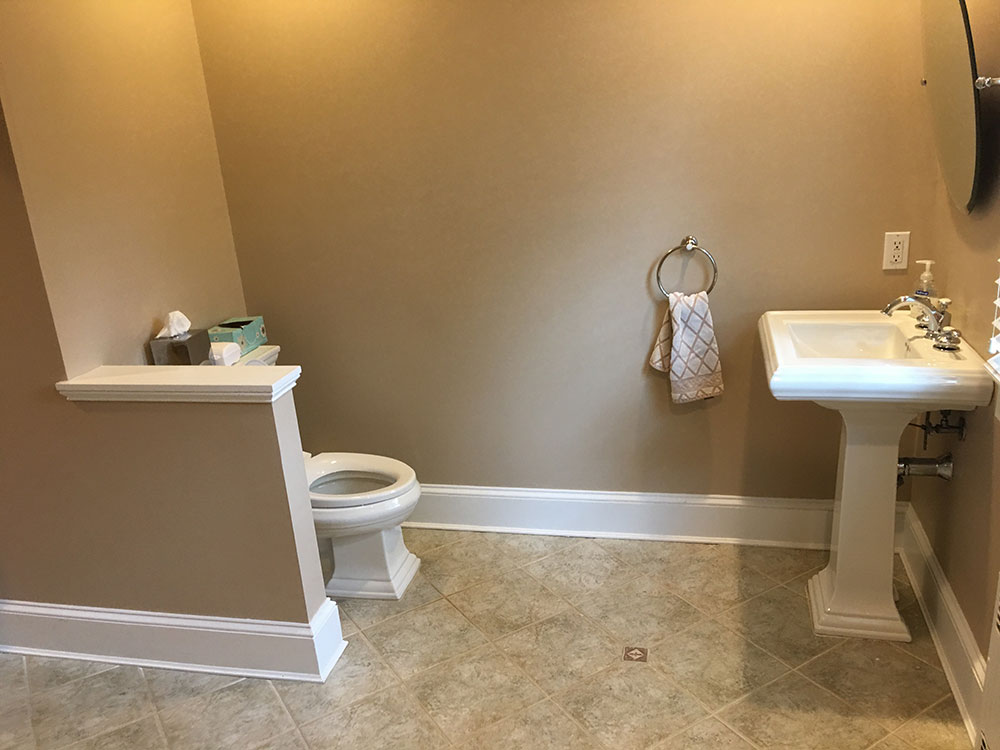 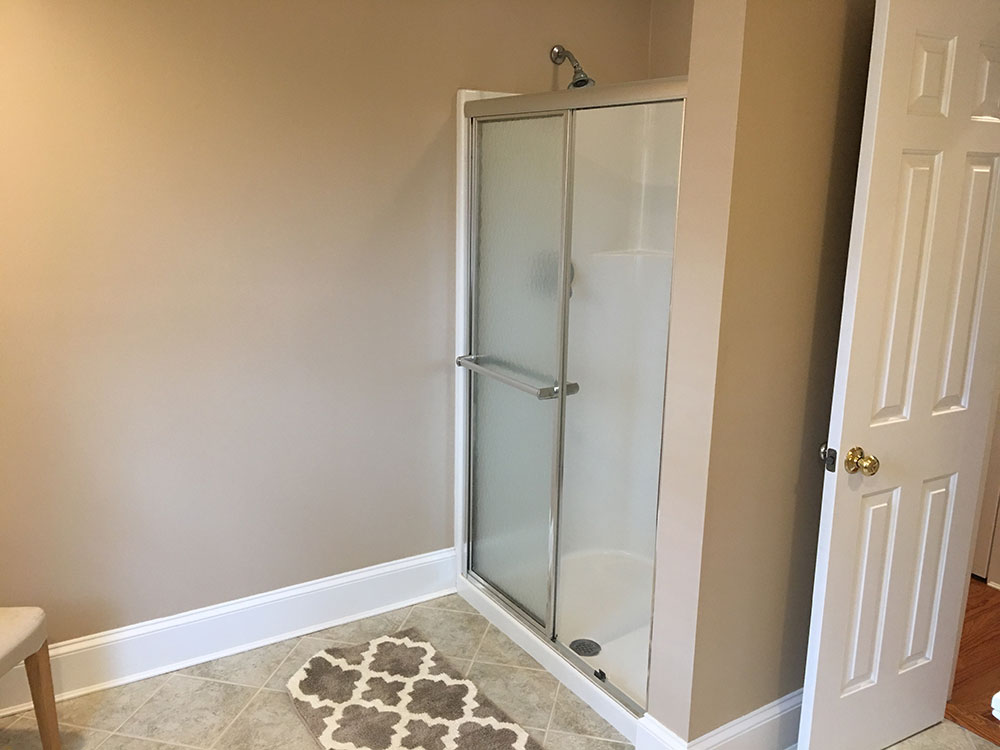 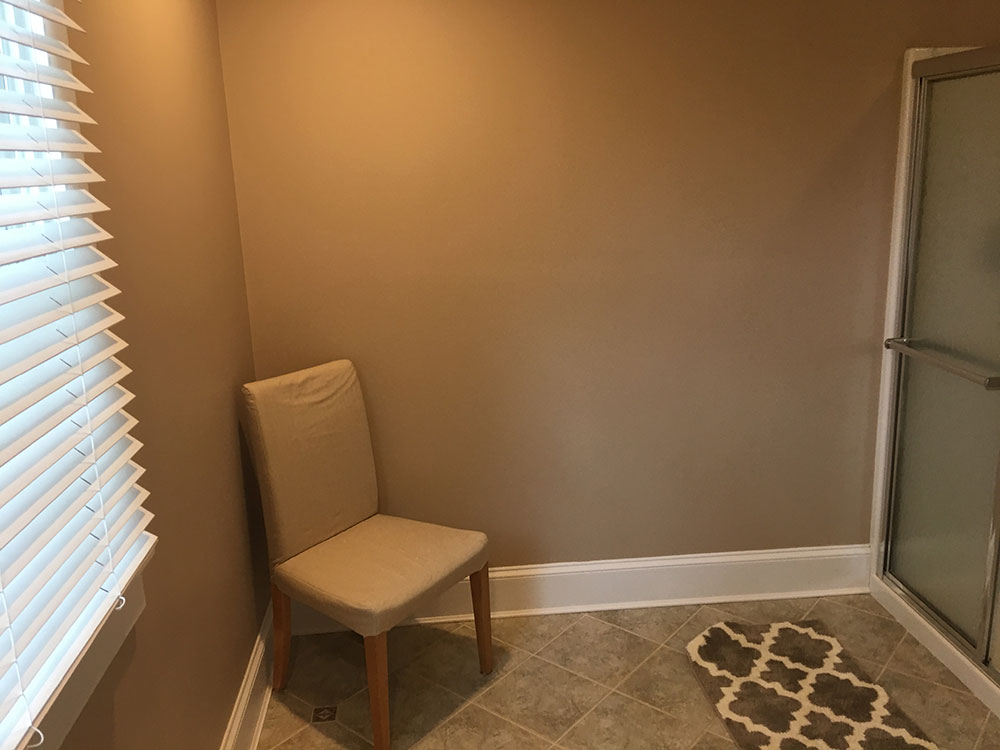 The new design needed to work around a couple of architectural features:

The design process began with 2D and 3D renderings to assist the homeowner in visualizing the space. As the renderings below illustrate, each goal was achieved. A 72” vanity with two towers created ample storage with plenty of counter space. The two towers added additional storage as well as an architectural feature. 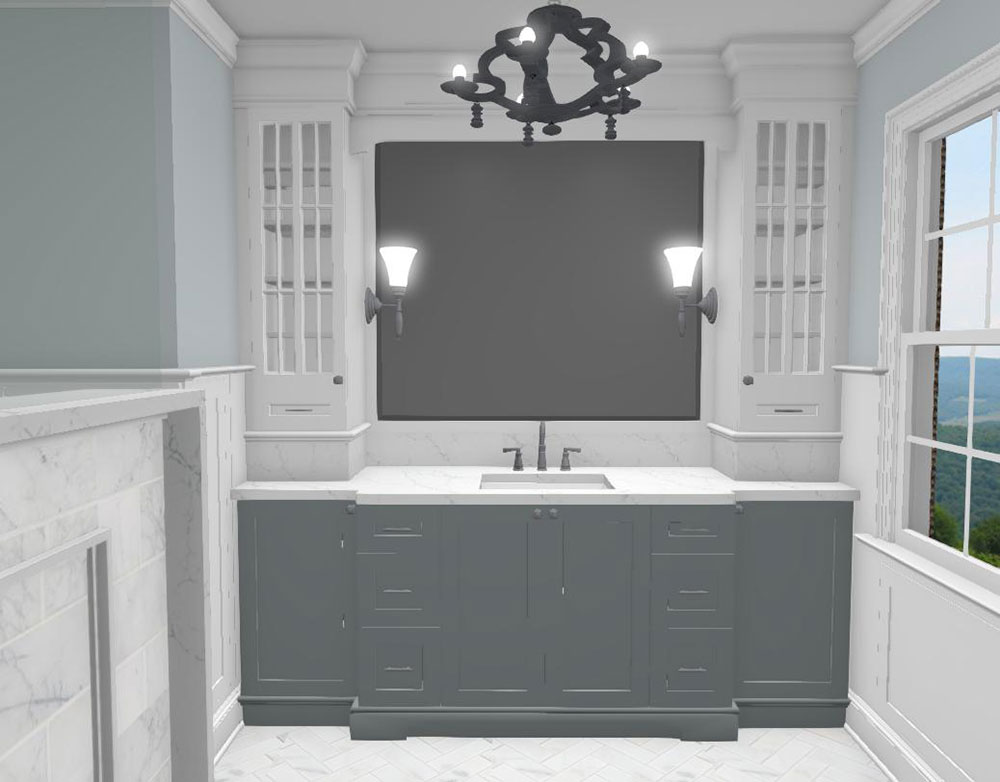 Utilizing the principles of Universal Design, the shower was enlarged, a personal body spray was added, a seat and niches were built for placing shower accessories like shampoos and soaps. A zero entry was created, eliminating the tripping hazard that shower curbing presents and allows for a seamless transition of tile from the main floor to the shower floor. 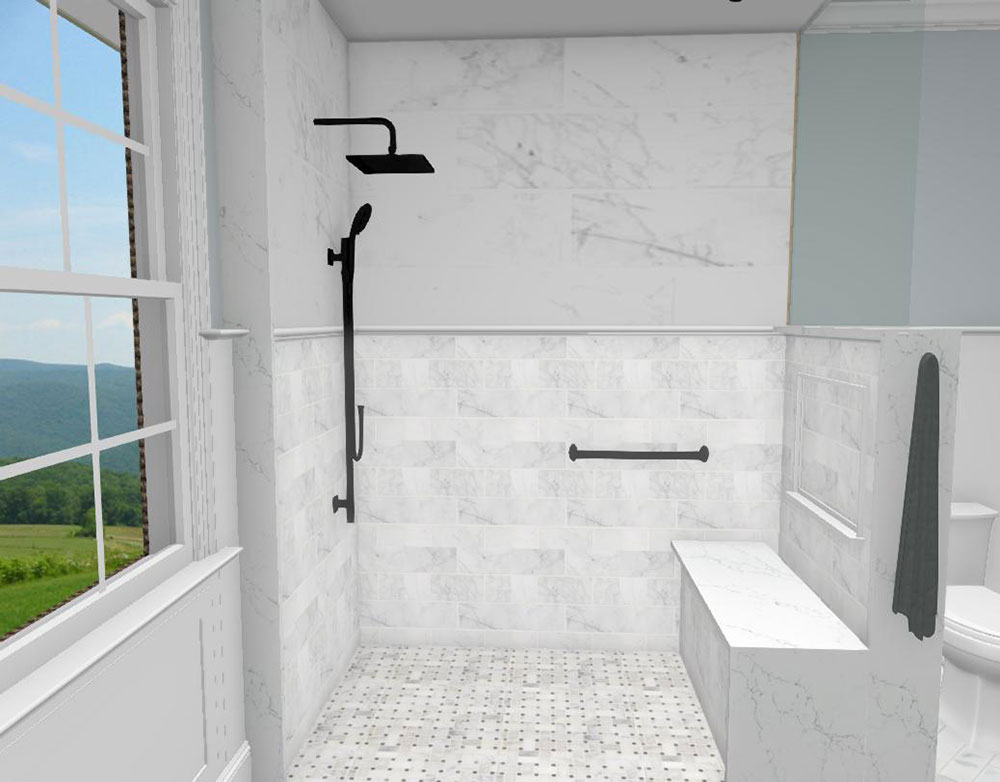 A space for the toilet was created in the corner by the door adjacent to the shower. Creating a separate room for the toilet would have closed the space up too much. By utilizing the half wall of the shower, the toilet area feels private and is not visible from the hallway when the door is open, thereby balancing function and aesthetics. 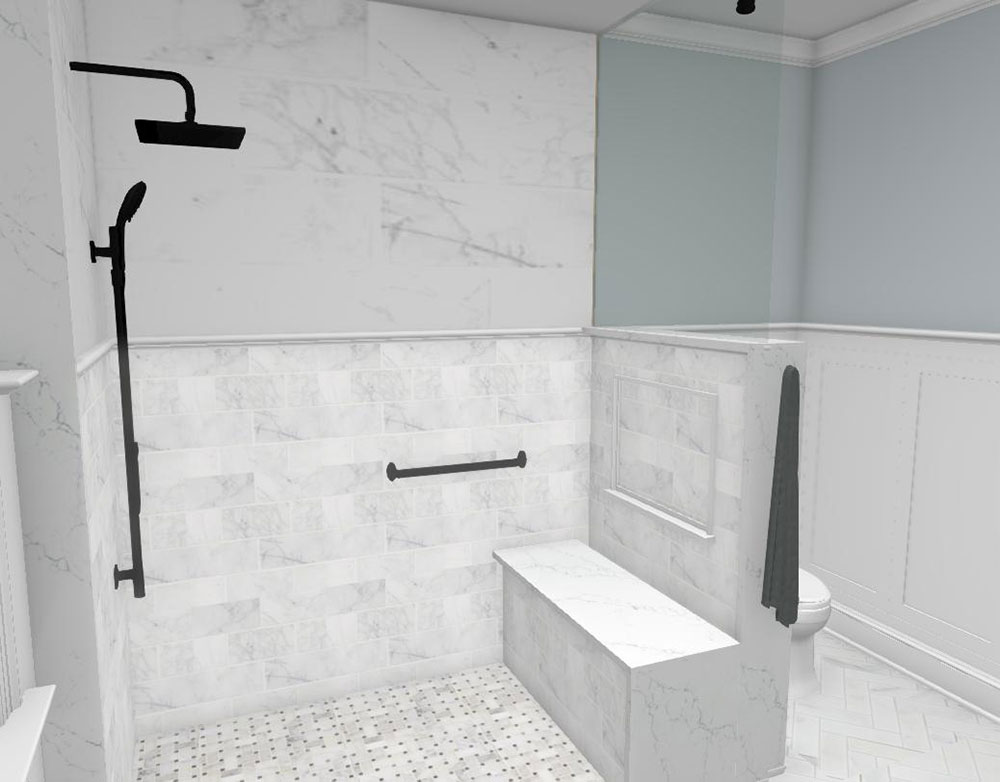 Lighting, one of the most important aspects of a bathroom, was reviewed in depth. A combination of both ambient light and task lighting was chosen. The marble look porcelain tile selected had a polished finish that offered reflectivity taking advantage of both the natural and artificial light. 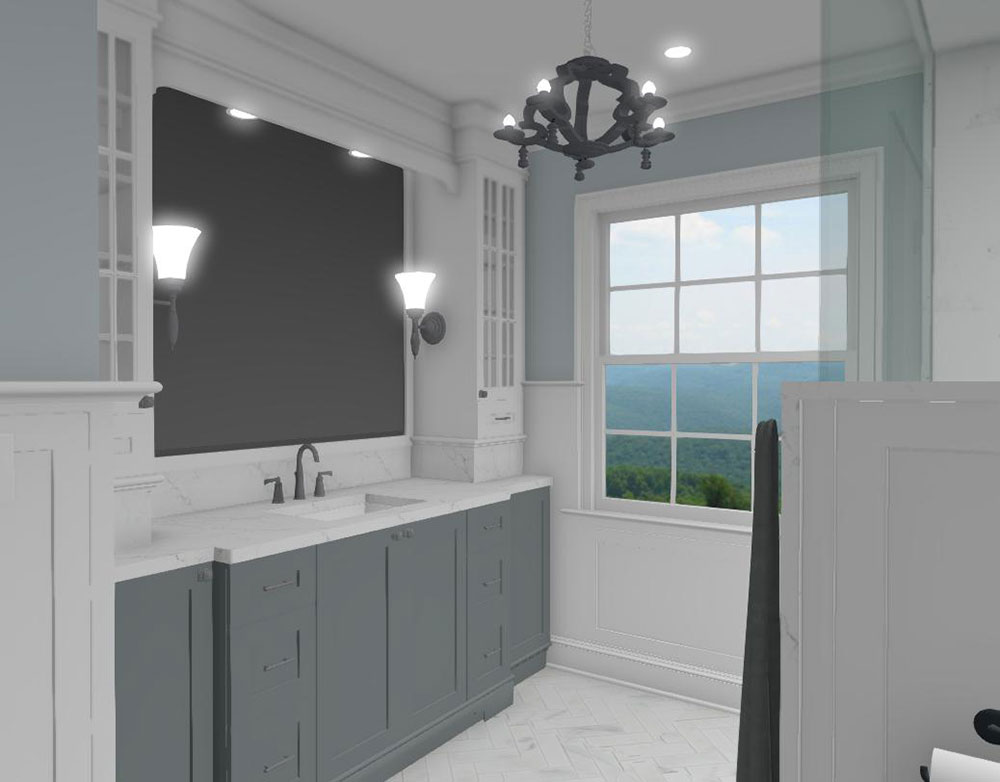 The finished product, as you can see, speaks for itself. 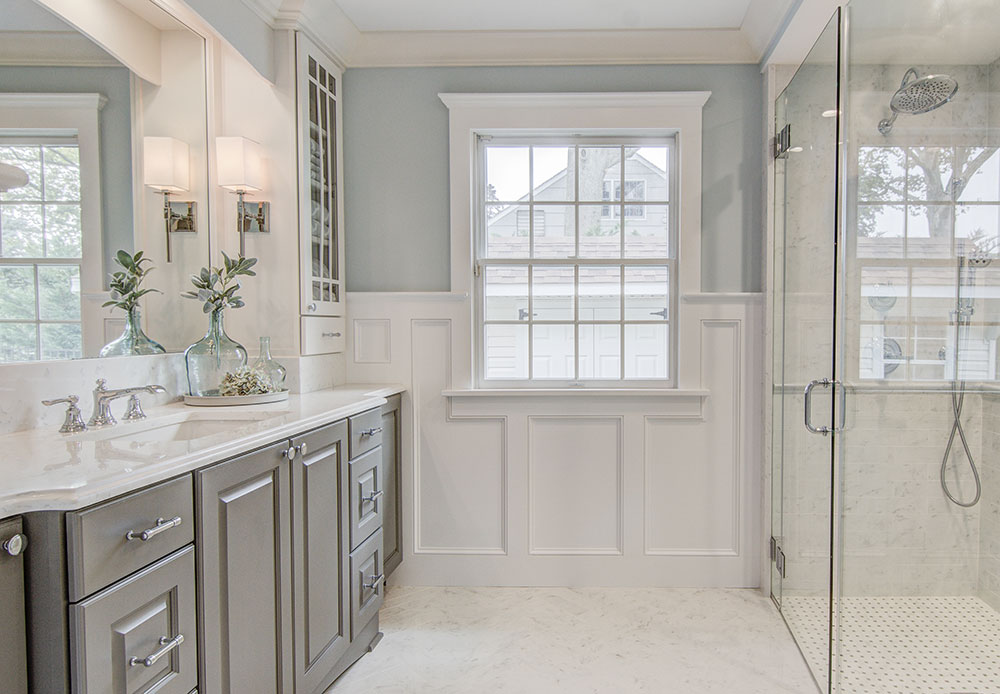 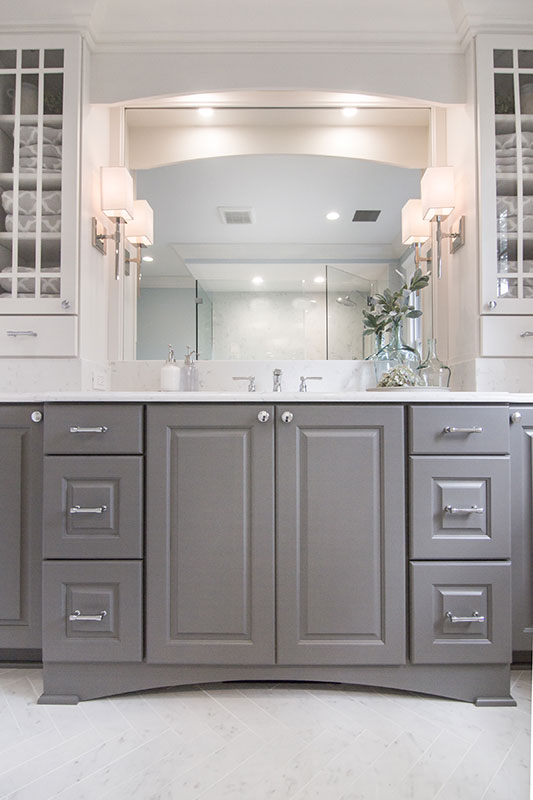 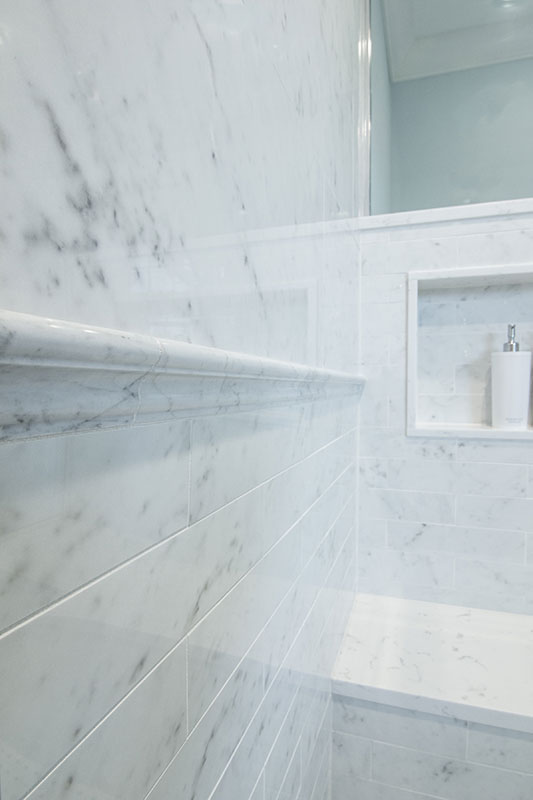 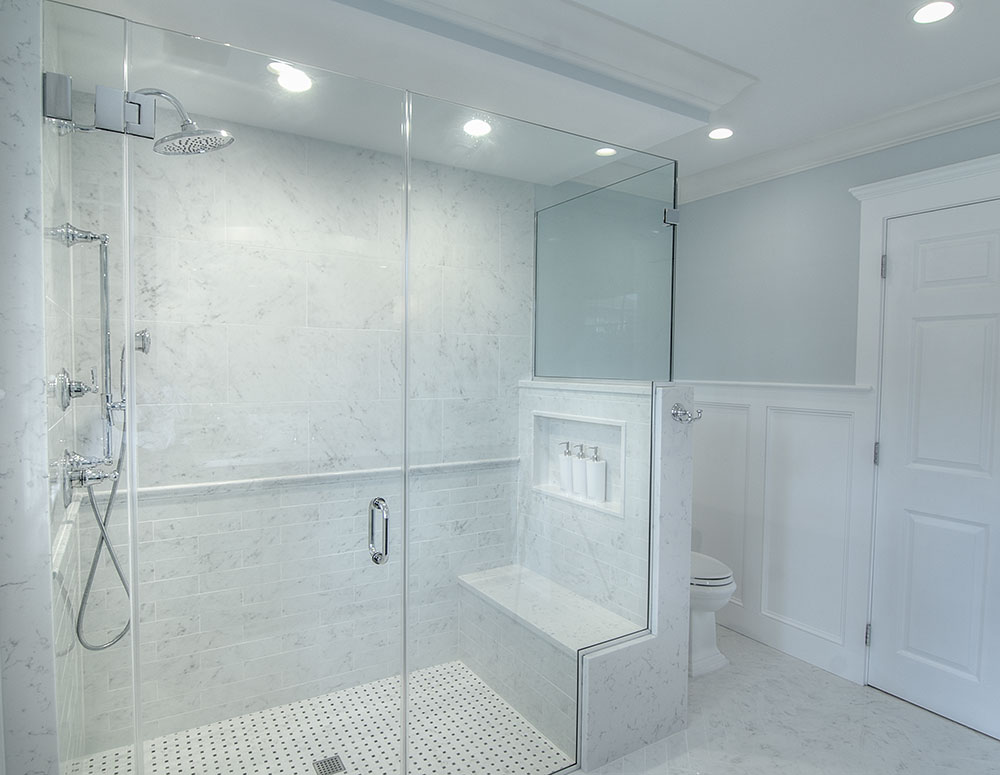